A true monument of literary science fiction, The Ender’s Game has had, like many classic, right to its cinematographic adaptation. However, it is often a perilous exercise and few are those who have really pulled out of the game.

Let’s not be slanderous, there are still some: The Lord of the Rings is perhaps the most emblematic example. Let’s just say it’s not the norm. 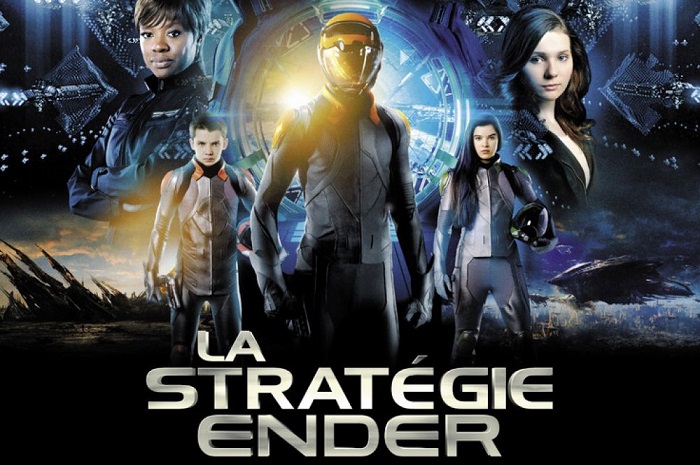 Did the adventures of young Ender, the tactical genius on whom rest humanity’s hopes against the alien threat, succeed in convincing us? Here is our take on Gavin Hood’s feature film. It is broadcast tonight at 9:05 p.m. on TFX.

The synopsis of the film

The Colorado beetles, aliens thirsty for conquest, have set their sights on Earth. And they do not intend to skimp on the means to conquer our poor planet, so much so that they have almost brought it into line.

Without the talent and tactical acumen of Mazer Rackam, the Commander of the International Fleet, they would undoubtedly have achieved their goals. Except that, and this strategist knows it very well, humanity has won a battle, but not the war.

To prepare for the next offensive, the army selects the brightest minds early on and teaches them the art of war. Very quickly, a child stands out. Ender Wiggins shows unparalleled virtuosity.

As shy as he is brilliant, the young boy is the best element of the Academy where his tactical sense works wonders. He learns from the best and the top ranks of the Terran Army quickly see him as humanity’s best hope.

Unfortunately, between waging war on simulators and commanding an offensive in the real world, there is a big difference.

Should we watch The Ender Strategy Wednesday on TFX?

When it came out in theaters in 2013, we were happy to go see The Ender’s Game. The novel is excellent, like the whole Ender cycle and Orson Scott Card is one of our favorite authors.

However, the expectations placed in the film adaptation of his universe were not excessive. Not all feature films derived from literary works are good, on the contrary, and we have learned to be careful.

First major obstacles to transpose The Ender’s Game on the screen ? The length of the novel, almost 500 pages, and the attention to detail of its author. The film lasts less than two hours, so choices had to be made. You can feel it, as much in the form as in the content of the feature film.

Very quickly, we can help but think: “Here is a film which will make the fans of the novel talk … “. And for good reason, The Ender’s Game skims over the intrigue which made the success of the original material, without ever succeeding in really getting to the heart of the matter.

Everything seems skimmed over, simplified and very quickly approached to convince. Admittedly, we do not spend an unpleasant moment either, the film is not razor sharp. He also succeeds in “cutting” the less dynamic moments of the novel.

The problem is that these served as a binder, they allowed readers to understand all the subtlety of The Ender’s Game. The film version leaves much less room for nuance.

This is particularly felt in the character of Ender. Normally, the young man stands out because he is deeply ambivalent. Kind, gentle, almost “innocent”, he is also programmed to annihilate the alien threat.

The Academy is a place of training where young recruits, children, learn military strategy and war values. They are expected to be relentless and ready to make all the decisions necessary for the preservation of the human species. “Human” values ​​are relegated to the background, some even forget what they were before.

The film struggles to transcribe the hero’s duality, the influence of his environment on his development. It’s not for lack of trying sometimes, but it’s not enough. In his scenario as in the characterization of his heroes, The Ender’s Game lack of relief.

On the other hand, it would be dishonest to completely denigrate the film. Despite its shortcomings, which are difficult to accept for purists, it is a decent entertainment. Visually, it is rather rich and well rendered. The atmosphere and the special effects (sometimes too rowdy) are up to date. Without being original, the staging is not missed.

Casting side, Asa Butterfield once again shows that he is gifted and fits well in Ender’s skin. The other actors are in retreat, but they do not demerit, despite forgettable performances.

In summary, if you haven’t read the books, you will probably have a good time in front of The Ender’s Game. Otherwise, it will probably be more difficult, even if everything is not to be thrown in the feature film.