We updated this article on 04/30 with the latest information we have on the Obi-Wan Kenobi Series. In an interview with The Hollywood Reporter, Ewan McGregor shared his enthusiasm as the start of filming is imminent.

The actor did not really appreciate the production of the films of the prelogy where many scenes were shot on a blue background. Since then, water has flowed under the bridges and technologies have advanced a lot, which excites the actor.

“Today, the sets are projected on gigantic screens. If the scene takes place in the desert, we really have the impression of being in the desert. surround it. It makes it so much more real, “he said.

Otherwise know Jar Jar Binks will likely not be part of the series. The actor Ahmed Best, his interpreter in the prelogy, has confirmed the information on Twitter as fans asked him about the character’s possible presence in the upcoming Disney + original creation.

Here is an announcement that made a stir among many fans of Star Wars : the preparation of a series spin-off dedicated to Obi-Wan Kenobi for Disney+.

The SVoD platform intends to exploit the galactic vein to the maximum and a dozen projects have already been “teased“to the public. But the one centered on the legendary Jedi Master is arguably the one that fans of Star Wars are waiting most impatiently.

Obi-Wan still has an undeniable aura and the series promises to tell a still unknown part of the character’s life: the years following his confrontation with Anakin in episode III Revenge of the Sith.

As a bonus, Ewan McGregor and Hayden Christensen are reprising their roles and the series is very promising on paper. Before its release, probably in 2022, let’s take stock of everything we already know about it.

The plot in brief

Eight long years after the tragic events of Revenge of the Sith, Obi-Wan still lives as a hermit on the planet Tatooine. Recluse, he spent several years in the desert under a false identity, watching over young Luke Skywalker from afar.

The latter comes to meet his father’s former master in the following episode, New hope, several years later. During this time, nothing is known about Obi-Wan’s activities.

This is precisely what the series will try to tell. Even though he was greatly affected by Anakin’s passage to the dark side of Anakin’s force and his duel with his former padawan, Obi-Wan arguably hasn’t been idle for almost a decade.

Exercise your gifts? Reconnect with the past? Go on a mission to the far reaches of the galaxy? Difficult to know exactly what we have in store for this spin-off.

Another major question arises. Will Obi-Wan and Anakin meet again? It is possible and we see badly Disney to miss the reunion of these two emblematic characters of the saga. But in what context? The mystery remains, once again, whole.

What release date for Obi-Wan Kenobi?

For now, no official release date has yet been communicated. On the other hand, filming will begin at the end of April 2021, the information has been made official by Disney. The Covid-19 pandemic has delayed its onset by several months, it was initially due to start in 2020. 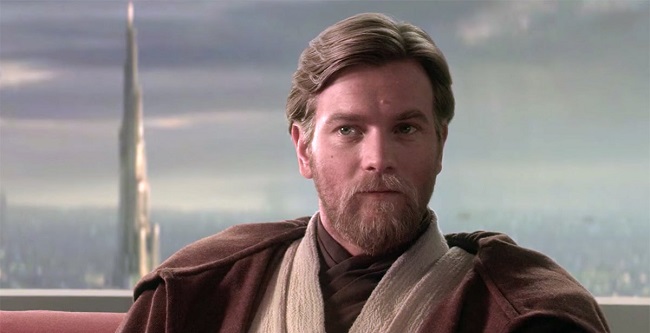 When to wait Obi-Wan Kenobi on Disney + then? Probably not before 2022, hopefully the series will go live in the first quarter. The most optimistic evoke the end of the year 2021, but Boba Fett is already scheduled for December and The Mandalorian (season 3) should arrive in stride.

How many episodes for the series?

Six episodes are planned. For now, we don’t know if Obi-Wan Kenobi will be a mini-series “one shot” or if the show will have other seasons. The decision will surely also depend on the success of the series, but the first option now seems the most likely.

Who is in charge?

Hossein Amini and Joby Harold are in charge and the production has been entrusted to Deborah Chow. She had already shot two episodes of the first season of The Mandalorian.