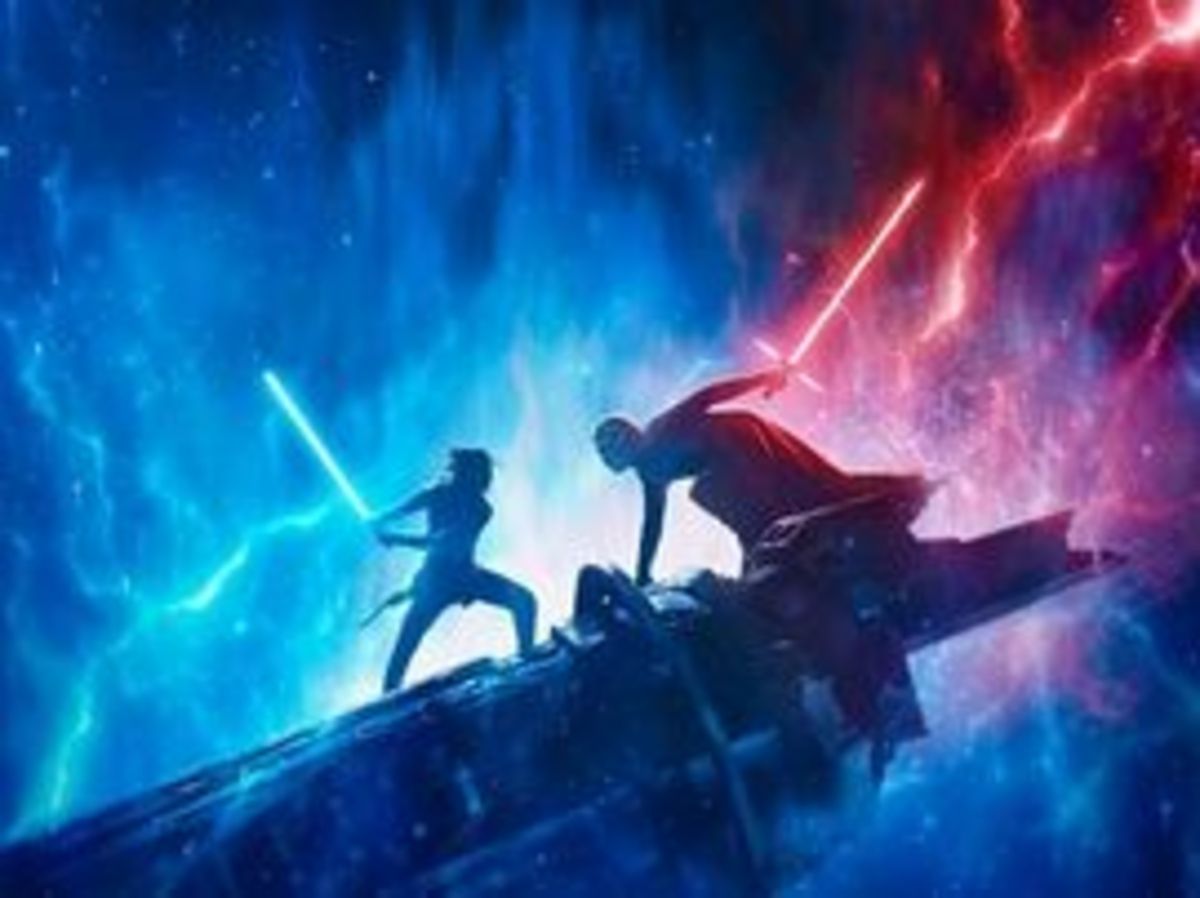 What if you had fun in front of a movie a series Star Wars today ? May 04 is “May the 4th Be With You”, the world day dedicated to the galactic saga. This year, Disney + has decided to mark the occasion by offering the first episode of the new Serie The Bad Batch.

All right, but what do we look at after the inaugural chapter of the new program? For us the best of Star Wars is in the period between the end of episode II (Attack of the Clones) and episode IV. You shouldn’t denigrate the very good V and VI opus either, but they are not of the same caliber.

Here is a selection of our content Star Wars favorites and why you should see or revisit them.

Before the prelogy and the new trilogy, there was the original trilogy, the first three historical and chronological episodes. In the first, the young Luke Skywalker, who sees himself becoming a pilot, is confronted with his fate, that of a Jedi knight.

He will have to save the leader of the Resistance (Princess Leia) alongside a smuggler (Han Solo) and one of the last Jedi (Ben Kenobi), and face the Empire, led by the Emperor and his right-hand man. , Dark Vador. A story that will reveal to him that he is much more than the farm boy he thought he was …

In 1977, George Lucas was a 33-year-old director. He wants to transpose his science-fictional imagination to cinema, and many obstacles stand in front of him. He must first negotiate bitterly with Fox, which ends up granting him this film and two sequels, but a limited budget.

This forces him to work fast, and with relatively unknown actors (Mark Hamill, Carrie Fisher, and to a lesser extent, Harrison Ford). The shooting is very complicated, the pressure to meet the deadlines is strong, but Lucas is doing it.

Arrived in post-production, he realizes that the first cut is catastrophic, and has an attack of arterial hypertension because of the stress. After a huge amount of work on special effects and sound (this is where the voice of Darth Vader is added), the film is ready.

The Fox, like his colleague director Brian de Palma, think the film will crash. Only his friend Steven Spielberg believes it, and he’s right. Star Wars is a huge success, and Lucas, who had negotiated an incentive on sales of derivatives, rose to wealth and fame.

The story of the young farm boy (Luke Skywalker) set up as the galaxy’s “new hope” (the title of the film afterwards) has a whole generation fantasizing about. The personality of Princess Leia, mirror of the late Carrie Fisher, excites.

Diving into this new science-fiction universe, a field left open for eleven years by the rival Star Trek, fascinates the crowds. Lucas is a wonderful storyteller with an extraordinary imagination. Star Wars IV, the original, the matrix, is living proof of this, as it still works, 43 years and several views later.

The best movie of the prelogy: Star Wars III: Revenge of the Siths

Anakin Skywalker is an increasingly confirmed Jedi, and his association with Obi-Wan Kenobi goes far beyond the Master-Padawan relationship. Except that Anakin still boils with anger, after having killed a whole tribe of sand men, responsible for the death of his mother.

Worse, he now has nightmares where he witnesses, powerless, the death of his beloved, Padmé Amidala. Torn between this intimate pain and the Jedi philosophy, which involves controlling and managing his emotions, Anakin inexorably sinks, encouraged by ambitious Chancellor Palpatine …

This film is the happy outcome of a sick prelogy. Just like Episodes I (The Phantom Menace) And 2 (Attack of the Clones), it is directed by George Lucas. The creator of Star Wars is an excellent demiurge and an ace of dramaturgy. Battles on the lava planet Mustafar, in space; the music of John Williams; or fascinating characters like Palpatine, Count Dooku, or General Grievous, are essential elements of mythology Star Wars.

But George Lucas is also a poor acting director (Hayden Christensen, who went from a Golden Globe nomination in 2002 to one at the Razzie Awards in 2006, but also the respected Ian McDarmid, know something about it) and the visual aspect sometimes leaves much to be desired (especially on Mustafar).

Except that where theAttack of the Clones was way too long and where The Phantom Menace had aged very badly, we can forgive everything Revenge of the Sith. Because it is the one with which everything ends (prelogy) and everything begins (original trilogy): it thrills fans of the last hour, who discovered the universe through the prelogy, as much as those of the first hour, who see s ‘operate the switch to the cinematographic events that rocked their youth.

Even if we know the film by heart and we criticize the overplay of the actors, in particular Hayden Christensen, we always let ourselves be carried away by its epic rhythm, by its dialogues, its characters and its battles that have become cult.

We also hope that the conclusion will change, obviously without success. We are witnessing the birth of one of the biggest villains in cinema, Darth Vader and the game is well worth the effort.

For all these reasons, Star Wars III is a central tipping point in the universe of the saga and a pleasure to see again, alone or accompanied, whenever the opportunity arises.

In Episode II, Obi-Wan Kenobi found out that former Jedi Master Sifo-Dyas had commanded a Grand Republic Army. Ten years later, Sifo-Dyas is dead, but the army is operational. She even served for the first time in the Battle of Geonosis. His intervention freed Obi Wan, Senator Amidala and Anakin Skywalker from the clutches of Count Dooku, a former Jedi who had passed to the dark side.

Series The Clone Wars begins shortly after these events, and ends shortly before Episode III (Revenge of the Sith). The Galactic Republic, with its army of clones, faces off against the Separatists and their droid battalions. We find all the characters of the saga (Obi-Wan, Anakin, Palpatine, Dooku, R2-D2, C3-PO) and we discover new protagonists (the black Jedi Asajj Ventress and the padawan of Anakin, Ahsoka Tano).

Fans have been demanding the return of this series since its cancellation in 2013, after six seasons, one of which was truncated. They have been granted: a seventh and final season has been produced and broadcast on Disney +. The opportunity to provide answers to many questions left unanswered 7 years ago.

If the series is so popular, it is because it is the extension of which the rich universe Star Wars needed. Unlike her successor, Star Wars Rebels (which takes place between episodes III and IV), The Clone Wars takes up and enriches the characters of episodes I, II and III.

The most symbolic remains, and this is one of the red threads of the series, the relationship between Obi-Wan and his Anakin. By extension, The Clone Wars gives a bit more insight into Anakin’s switch to the dark side of the Force.

Far from just passing the dishes between two episodes and resting on its achievements, it has established itself as the perfect hyphen, well helped by its superb and immersive plastic, all in synthetic images. She even managed to reconcile the fans with the prelogy (the first three episodes), which has aged badly.

Anakin, again, is the big winner, freed from the overplay of his original interpreter, Hayden Christensen, for a representation more in line with his status as a Jedi.

Several years after the tragic events of Episode III, the Galactic Empire reigns and sows terror. In the streets, the Stormtroopers apply quasi-martial law and the Resistance begins to organize to free themselves from their yoke.

At the end of the first episode, they are joined by Ezra Bridger, a 14 year old teenager, a bit pickpocketed on the edges, but resourceful. Together, they will do much more than roam the galaxy, they will participate in changing its destiny …

Star Wars Rebels is the heiress of the appreciated Clone Wars, the first starting seven months after the end of the second. Heavy was therefore his task, that of being the new animated series Star Wars reference.

Clone Wars takes place between episodes II and III, and can count on the classic imagination of the saga and its characters in place. Rebels it begins between episodes III and IV, an unprecedented moment when everything is to be rebuilt after the Jedi purge.

Star Wars Rebels must therefore bridge the gap between the prelogy (I, II, III) and the trilogy (IV, V, VI). And she is doing perfectly well. First, and you will see it, because the references to the other opus of the saga are numerous. It is by hanging up the various wagons of the pre-existing works that Rebels As the series progresses, it obtains its reference status in the universe Star Wars.

Better, the viewer finds himself there because the series makes the link as much with The Clone Wars than with the trilogy (which takes place after the events of Rebels, which is why some iconic characters appear).

In addition, the plastic of the show, substantially the same as that of Clone Wars, will reassure followers and will also appeal to novices. By making travel in still unexplored territories, with new characters, it does not lack assets to seduce.

The series also takes the time to focus on the relationships between the characters. The personalities of Ezra and Kanan, among others, are very well developed. In short, with Clone Wars, then Rebels (in that order, imperative), fans will be able to enjoy long, entertaining and engaging evenings in a galaxy far, far away. And if they are eager to know what happened before Episode IV, there is still Rogue One…