Xiaomi has something to brag about. The Mi 11 Ultra has the largest smartphone photo sensor in the world, one of the brightest screens in the world, films in 8K with these three modules, and of course, there is this second screen on the back which does not not go unnoticed.

But the latter is really only a bonus since the Mi 11 Ultra is sufficient on its own. There’s also a 6.5-inch OLED display, Qualcomm’s best mobile SoC (Snapdragon 888) and a set of powerful stereo speakers co-developed by Harman Kardon without forgetting the IP68 certification meaning that it is waterproof.

No microSD card slot, but an internal memory of 256 GB so most mobile users won’t need additional storage, at least not for a while. If we were to nitpick, the Mi 11 Ultra would drop points for not really living up to what Xiaomi says it can achieve. For example, the manufacturer sells their second screen as an alternative to always-on display, but they can’t really do that. In fact, it can only stay on for a maximum of 30 seconds. Certainly, if you use it as a viewfinder for taking selfies with the back cameras, you won’t experience this problem. Either way, the Mi 11 Ultra is a gem. The design of the Mi 11 Ultra: classic at the front, eccentric at the rear

The Mi 11 Ultra sports a rather classic design, worthy of a 2021 Android flagship – at least on the front. It has a punch-shaped notch that houses the front camera and a slightly curved screen. Once this juggernaut is turned over, you won’t miss its second screen housed alongside the photo portion in a raised space that takes up about a quarter of the back of the Mi 11 Ultra. It is probably the most massive block on the market and it eclipses by far that of the Galaxy S20 Ultra 2020. 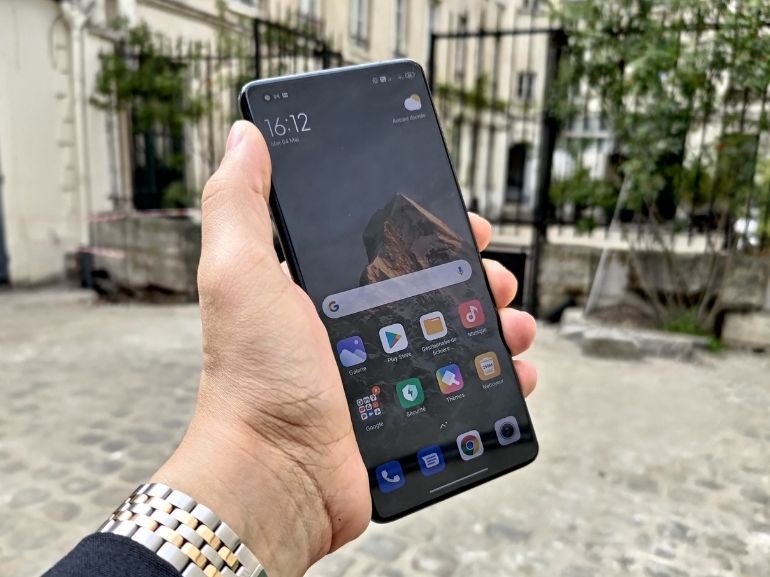 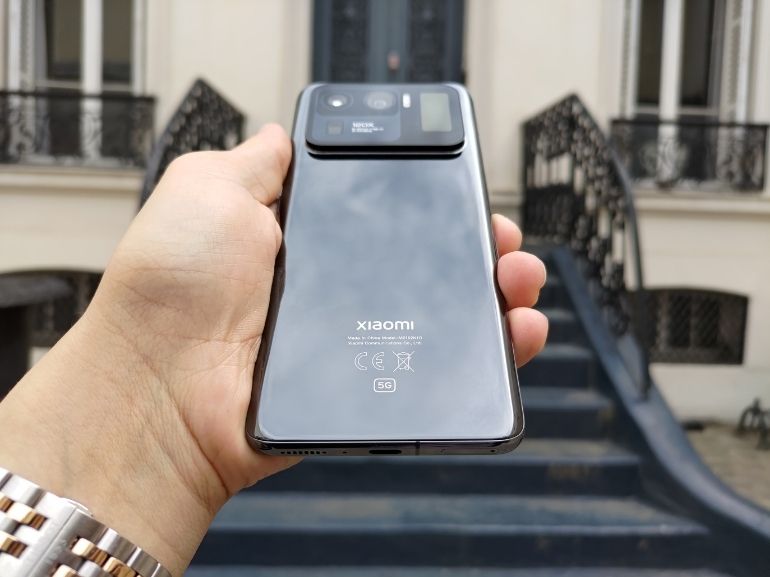 The 1.1-inch AMOLED screen is mostly useful for previewing what one of the three back-mounted sensors is viewing. You therefore have the privilege of using the three cameras for your self-portraits or your group photos. But when the phone’s main screen is facing down, the second screen can show notification alerts from apps like WhatsApp, or show you what music you’re listening to, or even tell you the time. That said, the second screen certainly contributes to the weight of the Mi 11 Ultra, which stands at 234 grams. 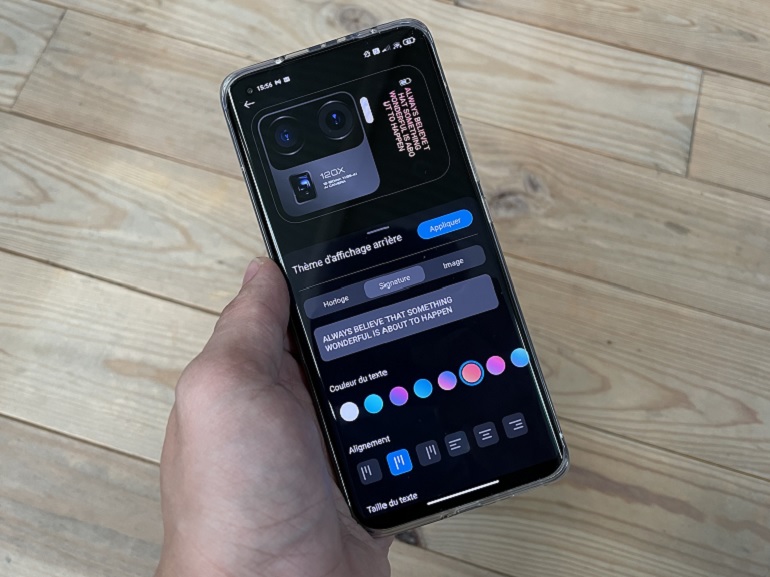 The front screen is the same as on the Wed 11. It is 6.81 inches diagonal, is based on AMOLED technology, offers a refresh rate of 120 Hz, but stands out for its brightness of up to 1700 nits. Unlike most flagships, which typically use a glass back with Corning Gorilla Glass protection, the Mi 11 Ultra has a ceramic back, a material considered more durable than glass. Gorilla Victus coating is applied to the front.

Although phones with a rear display exist (the Nubia Z20, for example), this is a rare feature that seems all the more unusual since the Mi 11 Ultra is not a folding smartphone.

In its current form, this display has several limitations. It’s hard to see even the smallest detail when taking selfies because you’re reliant on a tiny screen, but it works as a rough guide. You can only shoot for 15 seconds using the selfie viewfinder, and portrait mode is unavailable. In addition, the selfie preview function is not part of the default settings and must be activated in the special functions menu of the photo application (“Rear screen preview”). The secondary screen can be personalized with images or text. It also displays battery life and notifications like incoming calls or messages from apps like WhatsApp. Sareena Dayaram / CNET

Three photo sensors are located near this second screen:

Samsung’s 1 / 1.12-inch GN2 sensor is possibly the largest ever installed on a smartphone. The larger a sensor, the more light it lets in, resulting in better photos, especially at night. As an example, the GN2 sensor is approximately 20% larger than that of the S21 Ultra andiPhone 12 Pro Max. 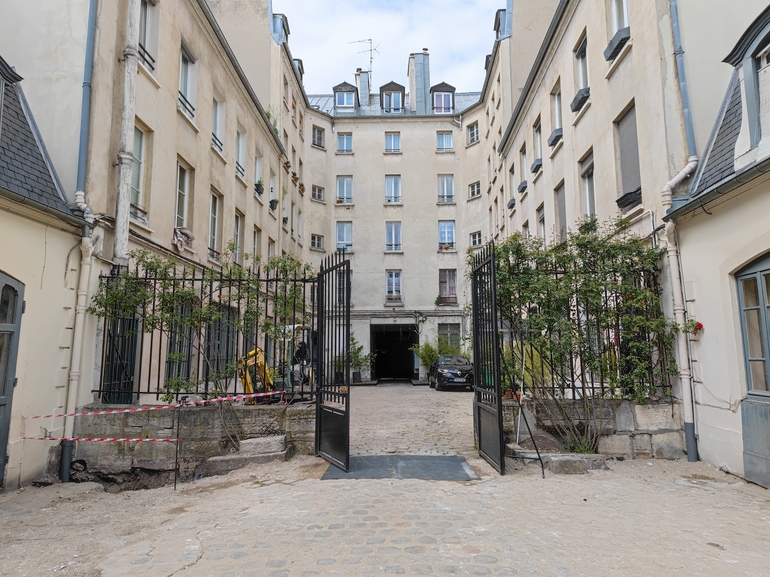 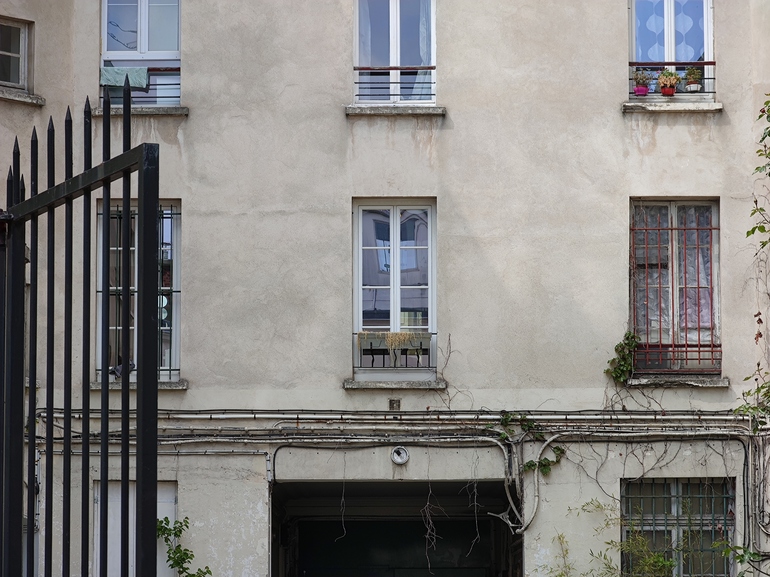 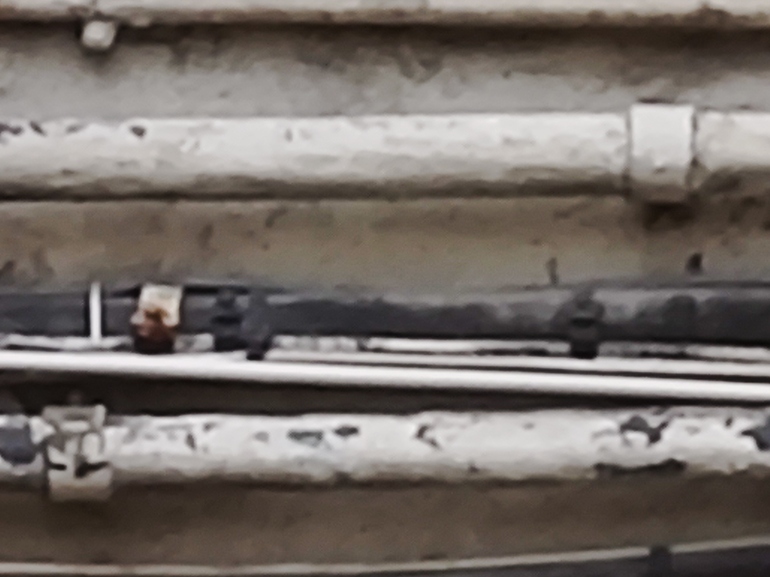 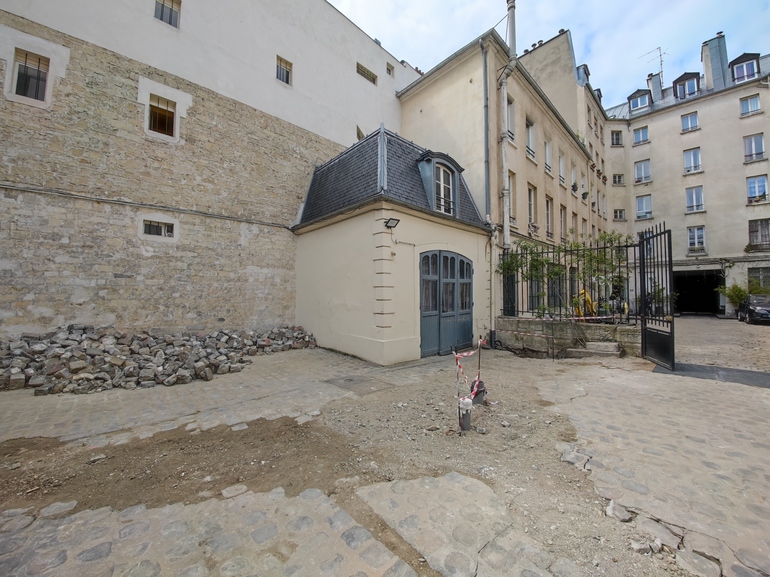 Ultra wide angle. The lines are slightly distorted on the sides but the level of detail remains very high and the colors are natural. Steven Fafard/CNET France

It’s not just numbers: taking detailed, bright and colorful photos was effortless. The telephoto lens is also impressive. The Mi 11 Ultra has a 120x zoom but the photos taken with this level of magnification are difficult to use. You can shoot crisp shots up to 15x zoom, maybe 20x on a clear day, but beyond that it’s pretty blurry. Photo taken with night mode activated. You can see how it lights up this scene and lights up the plant on the nightstand, thus highlighting some details. Sareena Dayaram / CNET 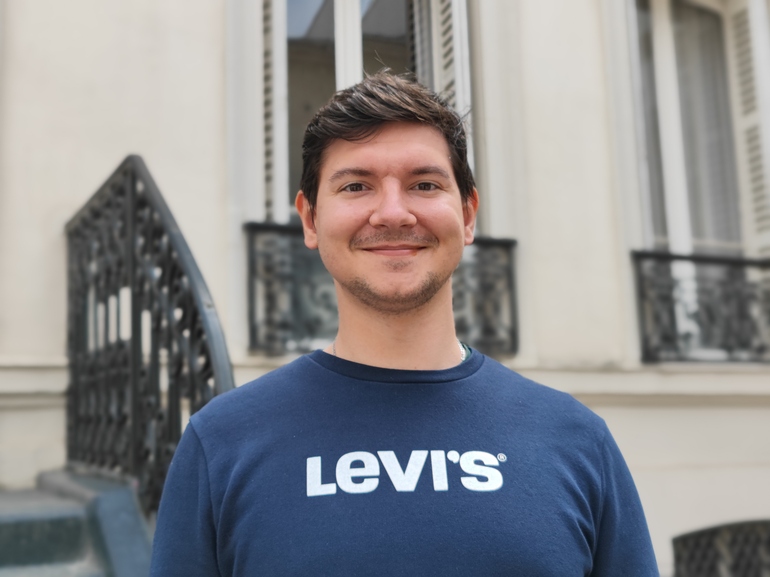 Photo in portrait mode. We appreciate the precision of the clipping and the natural bokeh effect. Steven Fafard / CNET France Secondary functions that are worth a look

The Mi 11 Ultra is a meticulously crafted device, and it’s clear Xiaomi has paid attention to features that don’t really generate interest on other devices. For example, the powerful rays of the flashlight strike quite far thanks to its trio of LEDs. We’ve talked at length about the excellent stereo speakers in the Mi 11 range already, so if you want to know more about their quality, take a look at our Mi 11 test. The Mi 11 Ultra uses the same speaker system, co-developed by Harman Kardon.

As is the case with the rest of the Mi 11 lineup, Xiaomi includes accessories that its main rivals Apple and Samsung have taken out of their boxes. There is a 67 watt charger, a case and a USB-C cable.