The tag
AirTag Apple is designed to track lost items, like keys. On a daily basis, this accessory will probably be subjected to rough treatment, which is why we wanted to test their resistance by inflicting them drops, machine washing and even freezing. Officially, the AirTag is not waterproof but resistant to water and dust. But it turns out that this tracker is incredibly rugged. 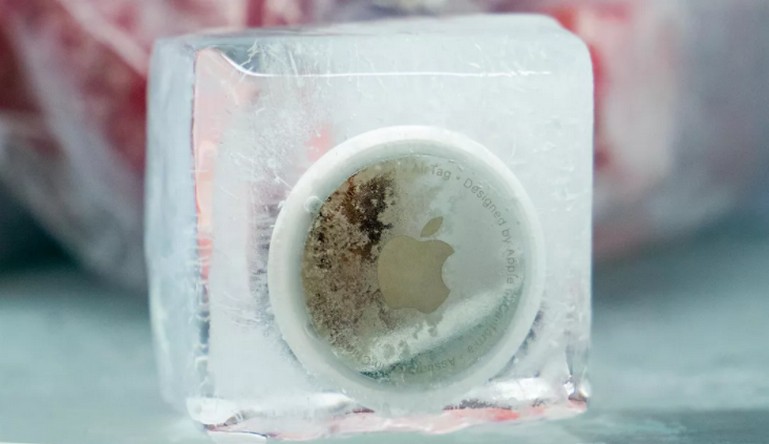 Test 1: AirTag in the washing machine

The AirTag displays an IP67 rating which means that it can be immersed one in one meter of water for 30 minutes. Our washing machine’s wash cycle lasts 54 minutes, which means our AirTag would be subjected to greater exposure to water for a longer period of time than the official rating. We slipped it into a pants pocket and put it in the washing machine with other clothes on a cold program with detergent. During the cycle, we launched the Find My app to see if the AirTag was still connected. We could faintly hear the sound from the tracker, even over the sound of the washing machine. Even though the signal was weak, we were able to use precision search to locate the AirTag, but we had to stand near the washing machine. 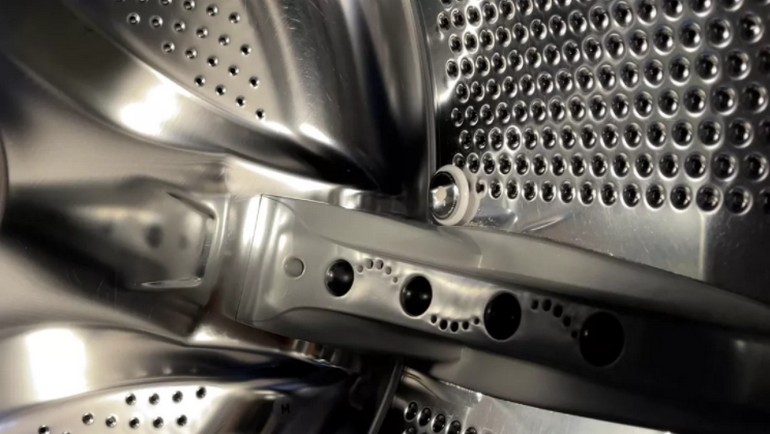 When the cycle was finished, we took out the clothes and found that the AirTag had ended up in the drum of the washing machine. It was dry to the touch but the white plastic back was a bit damaged. It still made a sound when we turned it on in the Locate app and the precision search worked perfectly.

Test 2: AirTag in the freezer

For this second test, we took a
AirTag new to put it in the freezer to see how it reacts to very low temperatures. We put it in an ice bin and left it overnight (6 p.m.) at -19 ° Celsius.

While freezing, we monitored its operation via Locate on several occasions. For the first few hours, you could ping the tracker and hear the sound, but once the ice started to solidify, you couldn’t hear it. 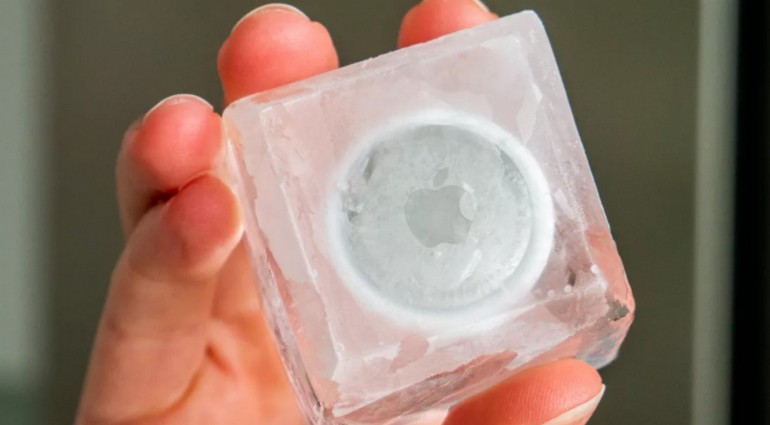 Once our AirTag was set in the ice, we took it out of the freezer and used hot water to speed up the thawing process. It still worked as expected. We opened the battery compartment to see if any water had seeped in and noticed a small drop right next to the gasket. So if your AirTag comes in contact with water, you can open the case and wipe it off.

Test 3: the fall of the AirTag

We attached a new AirTag to a Spigen leather keychain and dropped it 10 times from several heights onto cobblestones. 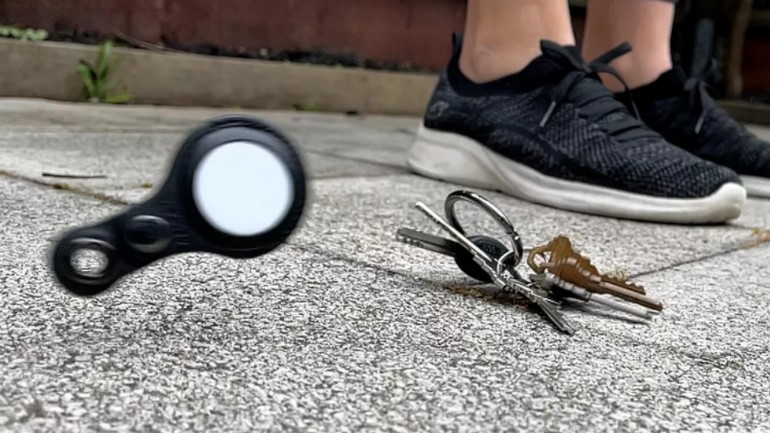 After these multiple drops, the Apple logo on the stainless steel face showed some scratches. But apart from this cosmetic damage, the tracker still worked flawlessly. But if you really want to keep your AirTag in top condition, you can opt for an even more protective case.

These real-world tests aren’t scientific, but they do reveal that the AirTag is incredibly tough and capable of going in the washing machine, freezer, or multiple drops while performing as intended. Official Apple documentation states that splash, dust and water resistance is not permanent and may decrease with normal wear and tear.


Article from CNET.com adapted by CNETFrance