We posted this article on 04/29/2021 with the latest information we have on The Last of Us series. In an interview with the podcast Script Apart, Neil Druckmann brought up the aborted “TLOU” film project.

“We worked on a film, but the sets and the need to enlarge them were questionable. In the end, it didn’t work for The Last of Us and the feature film project was scrapped,” he said. .

He also said he approached the series as an “indie” project, “small and intimate” in the way of filming. This confirms that he should give pride of place to drama and emotion. An interesting bias, even if it is difficult to see The Last of Us sacrificing all the action that was also the charm of video games.

The success of the video game franchise The Last of Us (PS3, PS4) cannot be denied. After a first part acclaimed by players and critics, the second did not disappoint either.

The games developed by Naughty Dogs have become references and, as is the case for many very popular works, the universe of the saga will soon be declined. A series is currently being developed by PlayStation Production. Across the Atlantic, it should be broadcast on the American channel HBO and the streaming (SVoD) HBO Max.

If the output of show is not imminent, far from it, we already have enough information to expand a little on the project. Here’s a recap of everything you need to know about this promising series on paper.

The Last of Us, what is it all about?

In the near future, the world we know no longer exists. A devastating epidemic has turned most of Earthlings into zombies and only a handful of survivors remain.

Twenty years after the peak of contamination, the situation is not getting better, on the contrary. The last representatives of the human species are struggling and trying to organize themselves, without much success.

Joel, a man with nothing more to lose, then accepts a perilous mission: to take Ellie, a young teenager, to safety across the United States. Obviously, their journey will not be easy.

You may have understood, the series will resume the plot of the first game The Last of Us.

What release date for the series?

Difficult to say today. The Covid-19 pandemic has reshuffled a lot of cards, forcing many shoots to stop, delaying others. At the time of writing, it’s impossible to say when will be released The Last of Us.

No potential date has filtered out, even if we suspect that the series should not be broadcast before 2022. We are not much more informed on the progress of the shooting, so much so that we do not even know not if he started.

It was due to start at the end of 2020, but the health situation has changed the situation. In short, today, the vagueness remains and that is also why we should not expect to see the program unloading soon.

Who is in charge?

PlayStation Production and HBO chose Craig Mazin (Chernobyl) et Neil Druckmann (The Last of Us, Uncharted) to develop, write the series and oversee its production.

The last quoted is none other than the screenwriter and one of the main directors of the games The Last of Us. It is therefore difficult to find a better connoisseur of the franchise and its universe. He should be able to infuse the spirit of video games into the series and make it a successful adaptation. In any case, hopefully.

In an interview with IGN, he explained that certain liberties had been taken in relation to the game, while reassuring the fans: “the philosophical subtext of history“, which he considers essential, is preserved.

On the other hand, “for anything superficial, like whether someone should wear that plaid shirt or a red shirt? This may not always be the case“. Also, the plot of the series will focus more on the dramatic aspect on”l’action hardcore”. 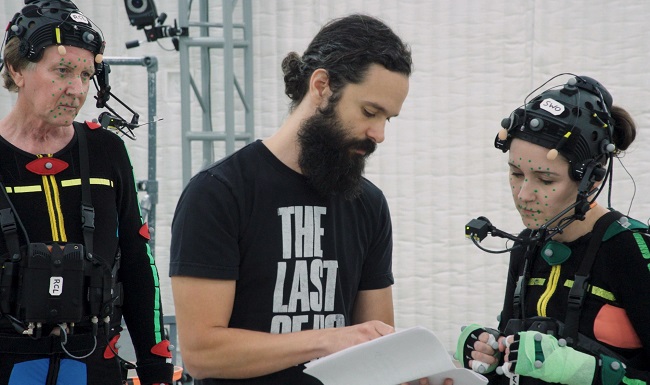 Neil Druckmann, director of The Last of Us games, is also involved in the series.

In production, we also find Carolyn Strauss (Chernobyl, Game of Thrones) and Evan Wells, the president of Naughty Dogs. Finally, the pilot will be directed by Russian filmmaker Kantemir Balagov. He is best known for the film In some perspective, awarded in Cannes.

Quel casting pour The Last of Us ?

A very small portion of the cast is known. Only the names of the actors chosen to play the two main characters have been revealed.