We updated this article on 05/04, the day of the release of the first episode of Star Wars : The Bad Batch on Disney +. The inaugural chapter of the series is already online on the SVoD platform.

It lasts over an hour and we will be sure to quickly give you our opinion after watching it. In the meantime, here’s a recap of all the Star Wars and Marvel releases coming to Disney’s streaming service.

At launch, except The Mandalorian and a handful of other cool shows, there weren’t many must-haves on Disney + yet. At Disney, Marvel and Star Wars, it was calmer than battle and there were few originals.

The new platform of streaming capitalized more on its “archives”, the classics of Disney Pixar animation in particular, to seduce, to the detriment of a slew of original content. Today, the situation has changed and Disney + is working to equalize Netflix, Amazon Prime Video.

However, Disney has ambition and intends to accelerate in the production of original series for its SVoD service. Several stamped programs Star Wars and Marvel are already on the program.

If it is noted that The Mandalorian will come back for at least an extra season, other series should also make the heyday of the platform. Here is a recap of the next content Star Wars and Marvel in the program.

Which Star Wars and Marvel series are planned on Disney +?

In this animated series, spin-off from The Clone Wars, we follow a team of overpowered clones trying to escape in a galaxy full of dangers. Fortunately, this elite troop can count on extraordinary abilities to accomplish daring missions, while striving to give new meaning to their lives. The first episode is online since May 04, 2021 or “May the 4th Be With You” (World Star Wars Day).

Unsurprisingly, the event series did not bow out at the end of its second season. It had also been renewed even before the release of Disney +. Din Djarin and Yellow have therefore not finished skimming the galaxy, for several years to come.

The third season should be released in early 2022.

Another long-announced project. Cassian Andor will focus on the life of the pilot at the genesis of the rebellion against the Empire, before the events recounted in Rogue One. A priori, LucasFilm does not rule out either bringing it back to childhood using multiple flashbacks.

It would be the opportunity to present his sister, who died prematurely, whose tragic fate would be no stranger to the pilot’s engagement in the Rebel Alliance. Here is the only credible information we have so far on the plot of the show.

Diego Luna will reprise his role, he will be accompanied by Alan Tudyk alias K-2SO, and Genevieve O’Reilly. Tony Gilroy, already screenwriter and director of the film’s “reshoots” Rogue One, would be at the helm of the script for the first episode. He would also have signed to complete part of the season. As to showrunner, it would be Stephen Schaffer, known for the series The Americans.

The filming of Cassian Andor a well and truly started. It was Diego Luna himself who confirmed this information. Otherwise, some rumors point to the possibility of an appearance of Obi-Wan Kenobi in the series. For now, Disney has not reacted and we must therefore take this with a grain of salt.

As for the broadcast, do not expect to see happen Cassian Andor before 2022.

Like Marvel, Disney seems to be considering spin-offs for many iconic heroes of the universe Star Wars. Obi-Wan Kenobi is obviously part of it and he should also have the right to his series. However, the project takes time to materialize. The first scripts delivered were, for example, not judged to be up to par.

Good news, Ewan McGregor is taking over the role of the Jedi Master. But the series is not overdue: Obi-Wan Kenobi will not land on Disney + before 2022. Hayden Christensen will also don the Darth Vader costume again.

However, the actor gave a little more details about the filming in the show The Graham Norton Show on BBC One. According to him, production would begin end of April 2021. It should only have one season of six episodes. Remember that his action takes place eight years later Revenge of the Sith and eleven years before A New Hope, at a time when the Jedi Order was all but wiped out.

The Jedi (Rosario Dawson), former Anakin padawan, will also have her streak. Inscribed in the same temporality as The Mandalorian, it will surely deepen what is only covered in the series with Din Djarin and Grogu. Good news, the character has potential. 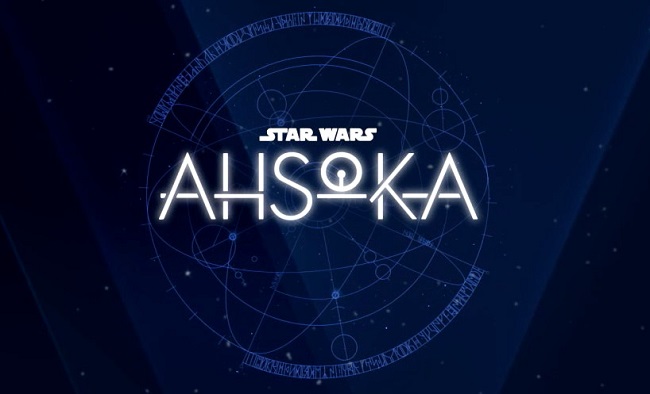 Rangers of the New Republic

Little information on this project. As Ahsoka, it takes place at the same time as The Mandalorian and introduce new characters. Perhaps it will also be the occasion to meet the heroes of the first original Star Wars Disney + creations.

Lando Calrissian returns in a series dedicated to his work. Han Solo’s best friend is a recurring character in the saga, he was played by Donald Glover in Solo : A Star Wars Story. For now, we do not yet know if the actor will reprise his role.

Ten short films and as many tributes to the teeming universe of Star Wars. Some of the best Japanese animation studios will take part in the project. It should therefore be original and stand out from the programs we are used to.

Leslye Headland’s series finally has a name. However, that’s about it, since we don’t know much else about it. Yes, it takes place during the period of the High Republic and promises to be quite dark.

The Book of Boba Fett

The spin-off has been confirmed and Jon Favreau has already given some information about him during the show Good Morning America. This will be a separate series from Season 3 of The Mandalorian. Adventures of the Bounty Hunter will even air before Mando’s. Favreau also indicated that The Book of Boba Fett was already in production. It will probably be necessary to wait until the end of 2021 or the beginning of 2022 for it to be available on Disney +.

Its name leaves little doubt, this series is based on the anti-hero of the MCU. Defeated by his half-brother Thor et al in the Battle of New York, Loki should have been imprisoned in Asgard, but he miraculously manages to get his hands on the Tesseract and uses it to vanish into thin air.

In a space-time parallel to that ofAvengers Infinity War and Endgame, the God is free as the air and ready to embark on new adventures.

To date, we still only have little information about this series, one of the first announced for Disney +. The only certainty is that the charismatic Tom Hiddleston is resuming his role and he will be accompanied by Sophia Di Martino.

The plot takes place in the continuation of‘Endgame and filming would have started in early 2020, according to some sources. The start of the broadcast of Loki is planned for June 11, 2021. Only one season was initially announced, but Disney has hinted that a second may see the light of day. For now, nothing is official yet, of course.

Hawkeye will also have the right to his dedicated series. In this new sequel toAvengers : Endgame, the famous archer returns to service with his disciple Kate Bishop, the one who will then replace him in the superhero gang.

Jérémy Renner is obviously in the casting, and it is Hailee Steinfeld who will give him the answer in the skin of his young padawan. For the rest, it will be necessary to be patient, the show is scheduled for the end of 2021. Ms.Marvel is also scheduled for the same date.

A program with an intriguing and at the very least interesting concept. Each episode of the animated series revisits and rewrites the great events that built the legend of the Marvel heroes.

Have you always dreamed of knowing what would have happened if Spider-Man had joined the Fantastic 4 or if the Avengers had never existed? What if… ? will provide the answer to these questions.

Twenty actors from the MCU’s cinematographic opuses will reprise their roles to ensure the dubbing of the animated series. What if… ? was to land on Disney + in the summer of 2021. Once again, not sure that this date will be maintained.

A new hero for the MCU on the screens and good news for the fans. Marc Spector, alias “Moon Knight”, is certainly known mainly to comic book readers, but he is very popular with these purists.

The elite former mercenary takes himself for the earthly incarnation of an ancient Egyptian god and leads a merciless fight against crime. He will not cease to hunt down and bring down the cruel Bushman, his former leader.

If there is no change of schedule, filming should start at the end of 2020. Moon Knight will therefore not be showing on Disney + before the end of 2021, or even 2022. 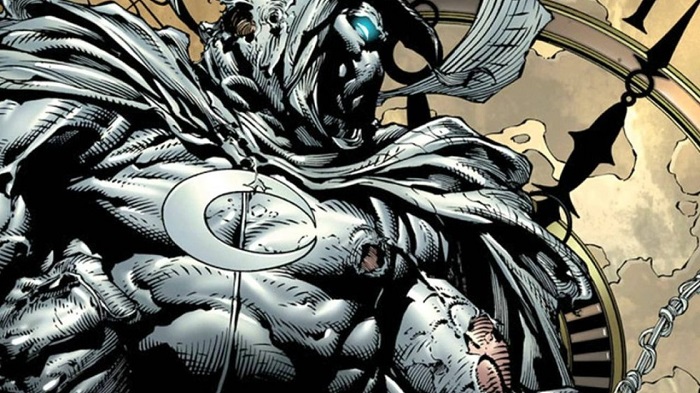 Once again, very little information to be put in their mouths on the series in which the female version of Hulk will be the heroine. In this adaptation of the comics of the same name, Jennifer Walter, lawyer by profession, but also cousin of Bruce Banner, will play the leading roles.

One day, she is seriously wounded by gunshot and will not be able to survive without a blood transfusion as soon as possible. Banner takes care of it, except that by donating his hemoglobin, the Hulk also transmits some of his powers along the way.

Impossible to say today who will be showing and if Mark Ruffalo (Hulk) will be there. If all goes well, the series should be released in 2022. In any case, its script is already complete. 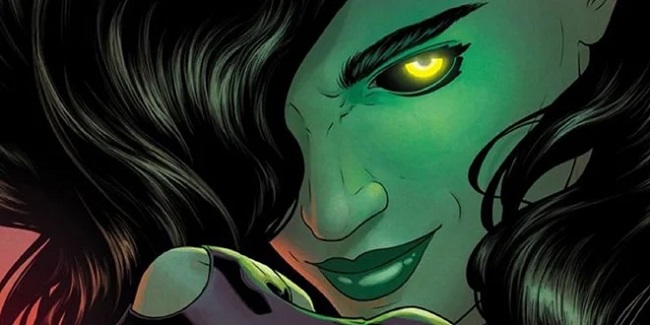 With Nick Fury (Samuel L. Jackson) and Talos (Ben Mendelsohn). They will have to fight against Skrulls infiltrated for decades on Earth, in their camp, but not only.

Riri Williams, superheroine and brilliant spirit, decides to build her own armor to fight evil. A pitch which obviously recalls that ofIron Man.

In this new adaptation of comics, War Machine takes the lead, and Tony Stark’s technological prowess falls into the hands of ill-intentioned individuals.

What are the best Netflix series and movies?

Each month, CNET France offers you selections of the best content from the streaming platform. Here are our articles dedicated to the cream of Netflix movies and series.