Integrating Fauda to its catalog, Netflix did a nice shot. Even if it still remains quite confidential in the eyes of the general public, the series enjoys a beautiful aura among those who are keen on series.

Praised by some (the majority), very criticized by others, the essence of its intrigue predestined it not to be unanimous. The Israeli-Palestinian conflict is a highly sensitive and difficult subject to bring to the screen.

Fauda does she do it brilliantly? Does it deserve all the praise it receives? Here is our opinion on this program available in the catalog of the SVoD platform. 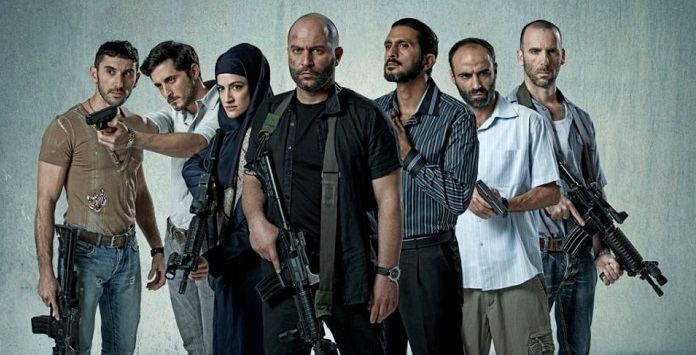 In the West Bank, the IDF’s special forces are tasked with tracking down and incapacitating Hamas fighters. Unity Mista’arvim plays a key role in the conflict.

Its agents, spies infiltrated from the Palestinian side, are a mine of information which the secret services use and abuse.

One day, surprising news put the service on alert. Abu Ahmed (“The Panther”), a terrorist responsible for several attacks, is still alive.

While they thought they had killed him two years earlier, the Mista’arvim resume the hunt. But the Hamas cadre is always more elusive.

Should we watch the series?

In Israel, as in the rest of the world, Fauda did not go unnoticed. This is an understatement, since the series was a hit and won the hearts of many spectators.

His recipe for doing this? An original subject, a gripping plot and the desire to show an unknown side of the Israeli-Palestinian struggle. The series doesn’t bother with unnecessary “blah-blah” and gets straight to the point.

No talk, pompous dialogue and even less scenes where the characters listen to each other speak. Fauda prefers to give pride of place to action, without being in excess for all that. It’s spectacular, full of testosterone, but never unnecessary and never at the expense of the plot.

His characters are well developed and often more complex than they appear. Fauda is an Israeli series, one would logically have expected it to fall into some easy clichés. Admittedly, it presents a vision of the conflict and of the reality which is undoubtedly not exactly that on the ground. Fauda isn’t a documentary either, so don’t expect it to be perfectly objective.

But the series avoids falling into the trap of easy propaganda. The Mista’arvim also have faults, they are not valiant knights charged to put out of harm’s way a diabolical enemy. Their actions have sometimes disastrous consequences, the war claims innocent victims and the agents are often as extreme as their enemies.

On the Palestinian side, we don’t just show the worst of Hamas. Even Abu Ahmed, a notorious terrorist, is not consistently shown in his worst light. He also has a family. Despite his abuses, he is capable of loving, of being human. That being said, Fauda “subtly values ​​Israel. It is discreet and never hammered, but very real. And even if both camps take it for their rank.

Of the three seasons of show, we must especially remember the first two. They are the best put together, those with the finest handwriting. Fauda also shines because it looks realistic. We can imagine that it is not completely. It is a fiction, it must be taken as such. But its authors know what they are talking about and it shows. She is particularly addicting and keeps you going from start to finish, aided by inspired twists.

To top it off, the actors are very good, in the brutality, but also the humanity and the emotion. Sometimes, Fauda pulls a little too much on the “sensitive” cord to humanize its protagonists as much as possible. Nothing serious: we strongly advise you to indulge yourself if you like programs mixing thriller, drama, action and espionage, all in an explosive geopolitical context. In Fauda, tension and suspense are constant and this is not to displease us.