Another success for
Ingenuity. The
Nasa announced that his small helicopter had made its fourth flight to Mars on April 30. It traveled 133 meters in one go at an altitude of 5 meters before returning to its starting point. In total, the aircraft covered 266 meters and spent 117 seconds in the air, setting a new record for distance and flight time. In its press release, NASA explains that Ingenuity still took a whole series of color and black-and-white photos with the two on-board cameras. ” Some of our black and white images were taken as stereo pairs, which allowed us to test our ability to take 3D images of the surface and study the elevation difference at different sites. », Announces the space agency.

Ingenuity’s initial mission included 5 test flights for a 31-day mission. But given the success of the first four attempts, the
Nasa decided to allocate an operational role to his helicopter. At the end of the fifth demonstration flight, Ingenuity will land on a new landing site and will then begin this new phase where he will play scouting for the Perseverance rover. 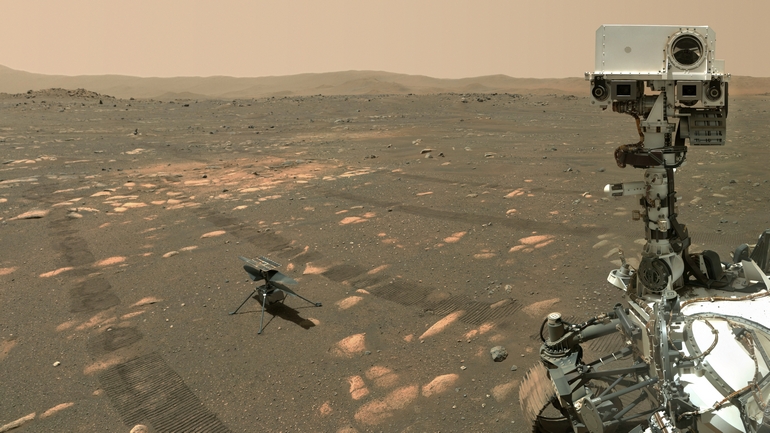 Ingenuity’s mission will end at the end of August

« Given the short trips planned for Perseverance soon, Ingenuity may perform flights that land near the current location of the rover or its next planned parking spot. The helicopter can take advantage of these opportunities to make aerial observations of scientific targets and potential or inaccessible routes of the rover, while capturing stereo images for digital terrain maps. », Explains NASA.

This operational phase will begin in about two weeks with Ingenuity’s sixth flight. The frequency of thefts will be staggered every two or three weeks. Ingenuity’s mission will end at the end of August, announces the space agency.