ROG Phone 5 is the fourth generation of the Republic of Gamers (ROG) family with which Asus targets gamers. This isn’t a major overhaul, but rather a series of notable tweaks that take this smartphone one step closer to an “ideal” that Asus has been pursuing since 2018. Every improvement, from Gorilla Glass to Victus from the screen to new speakers and the relocation of the cooling system to the middle of the phone, was designed with the aim of making it the ultimate gaming smartphone.

The third model is the ROG Phone 5 Ultimate. Its matt white back decorated with black lines and neon blue touches won us over. Like the Pro, it has an Oled rear display, but it is not color. The Ultimate also comes equipped with an Aero Active 5 cooler, but what really makes it the “ultimate phone” are its 18 GB of RAM. Add to that an SoC Qualcomm Snapdragon 888 at 2.84 GHz and a capable GPU and you get the most powerful Android smartphone we’ve ever tested. 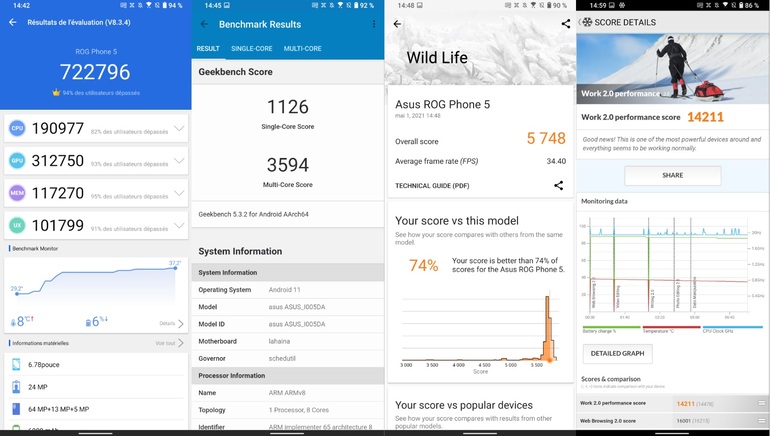 Gaming smartphone obliges, we have played all kinds of driving games, war games, puzzles, zombies … We have played with and without the detachable Aero Active Cooler fan and used the Kunai 3 controllers that Asus sells separately € 59 and € 119.

All of these video game games highlighted several key strengths of the ROG Phone 5. First of all, its screen is amazing. You can set its refresh rate to 144 Hz, but it appeared to us that the automatic mode was more suitable because it saves the battery.

The autonomy is staggering. The smartphone has two 3000 mAh batteries compatible with 65 watt fast charging. After a day of normal use, we usually had about 40% battery life left.

ROG Phone 5 battery tests in looping video playback with airplane mode gave an average of 20 hours and 15 minutes, with a screen set to 120 Hz. With the refresh rate set to automatic, the average time was 28 hours and 4 minutes. This is the longest battery life for any phone we tested this year and the second longest for any phone in recent years. The ROG Phone 5 also impresses when it alternates between tasks (gaming, streaming, taking photos and videos) at 144 Hz with a battery life of 18 hours and 30 minutes. When the frequency adjusts automatically, we gain 2 hours.

ROG Phone 5 offers a number of battery monitoring options. For example, you can set charging limits, set a slow charging speed and even program the timing of charging. One of the most interesting features is the one we also saw last year on the
Sony Xperia 5 II. If you’re gaming and plugged into AC power, ROG Phone 5 will run on wired power instead of charging the battery. This prevents the smartphone from heating up, which can affect gaming performance.

There are a multitude of ways to control and interact with games. AirTriggers, touch sensors located on the sides of the phone, are even easier to use this year because they are bigger and go from one side to the other. On the Pro or Ultimate version, there is an additional sensor at the rear. And when you connect the Aero Active Cooler 5 to the phone, you get two mini paddle buttons. Without forgetting the Kunai which bring even more comfort especially during our cloud gaming sessions with xCloud.

Accessible in-game, the Game Genie menu provides access to a plethora of information and settings

Mobile games are often quite simplistic in terms of controls, but having more options for mapping game controls will appeal to esports enthusiasts. 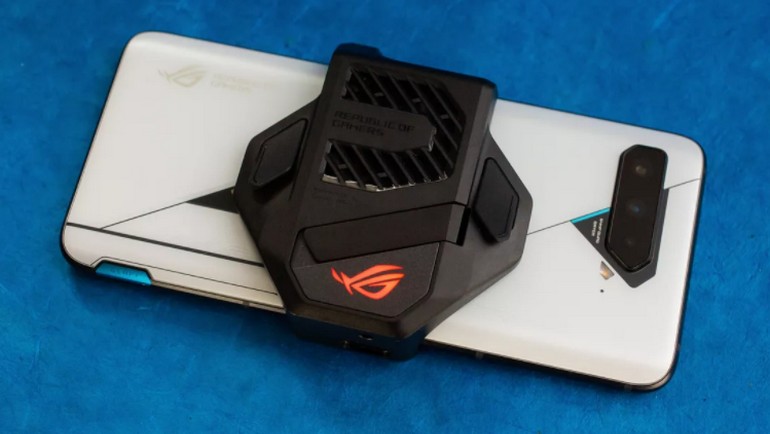 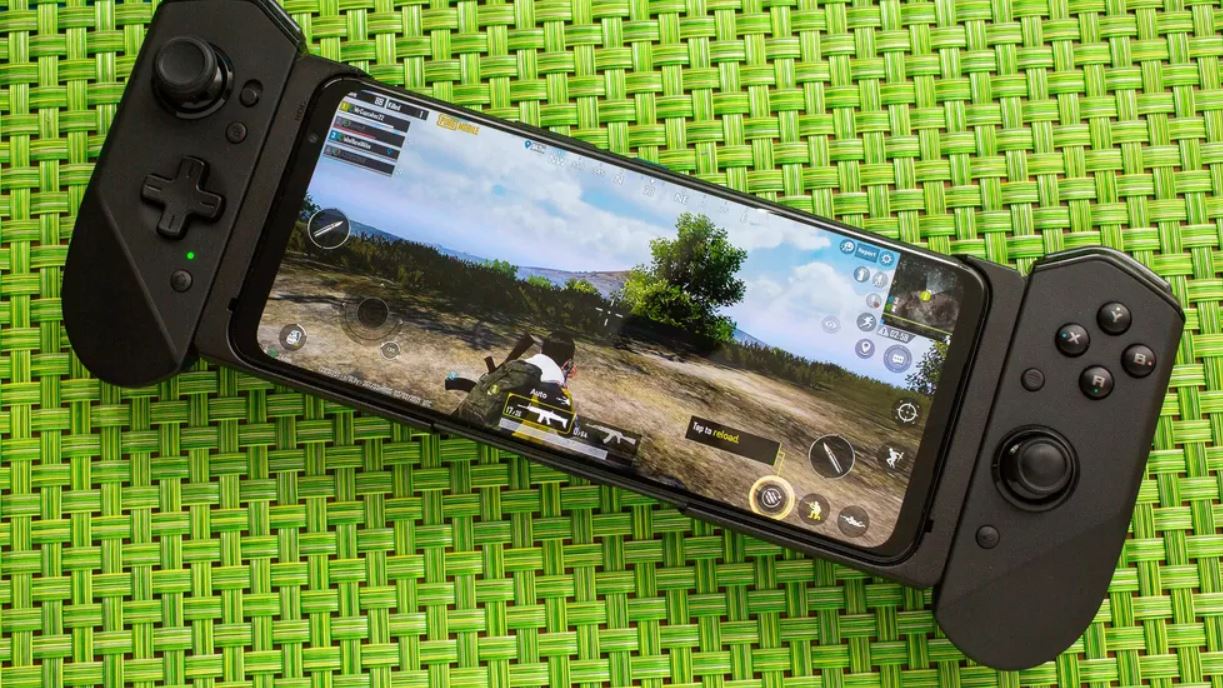 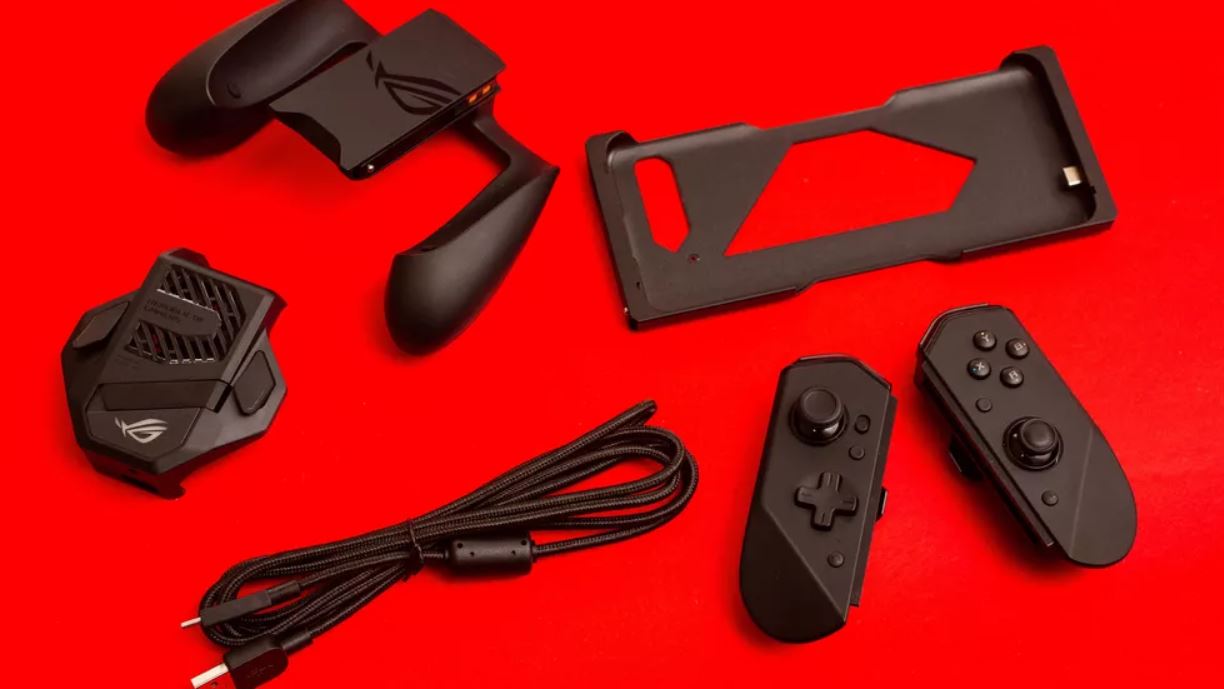 ROG Phone 5 is heavy and its cameras are mediocre

But all is not ideal with this smartphone. For starters, the ROG Phone 5 is heavy. It weighs more than theiPhone 12 Pro Max, the
Samsung Galaxy S21 Ultra and the
ROG Phone 3 from last year. It’s even the heaviest phone we’ve ever tested. And this weight is clearly felt after prolonged use, especially when you add a shell, a fan or the gamepad accessory.

Although its primary vocation is gaming, we would still have appreciated better photo performance. At the rear, a triple module consisting of a main 64 megapixel sensor that uses pixel binning to improve image brightness and reduce noise. There is also a 13-megapixel sensor with ultra-wide-angle lens and a 5-megapixel sensor for macro. The main camera takes decent photos in bright light. But as soon as you find yourself in darker conditions, such as indoors, the picture quality suffers.. The phone automatically switches to night mode when the light level is very low, giving poor results. Below are the best photos we were able to take with the ROG Phone 5. 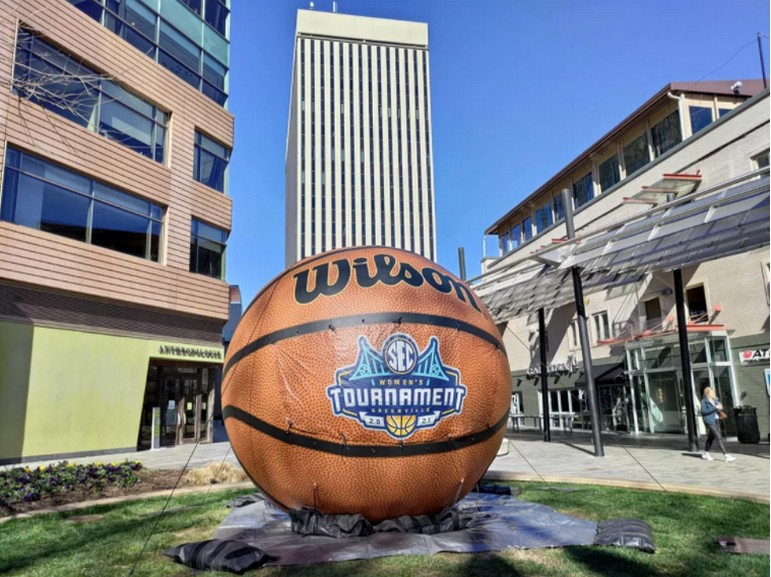 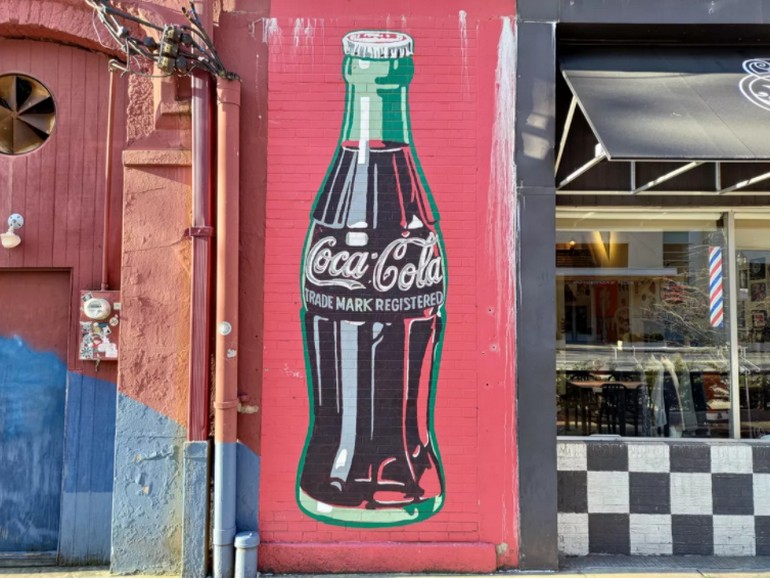 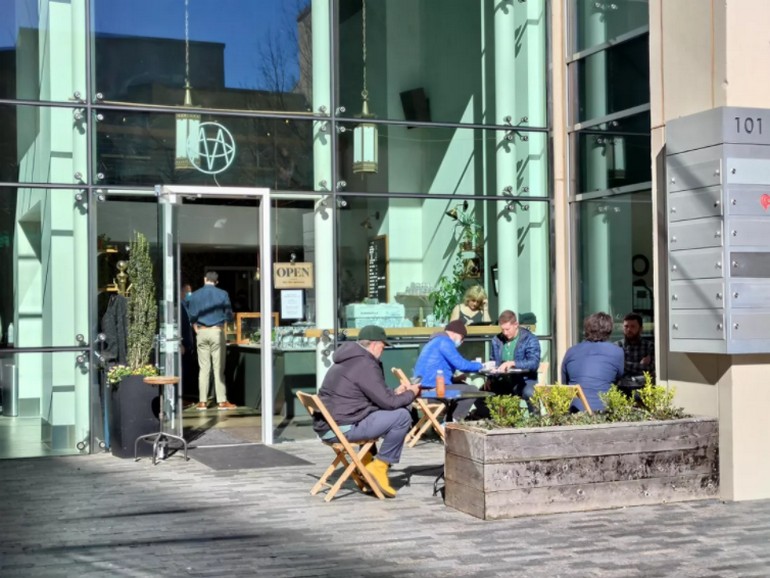 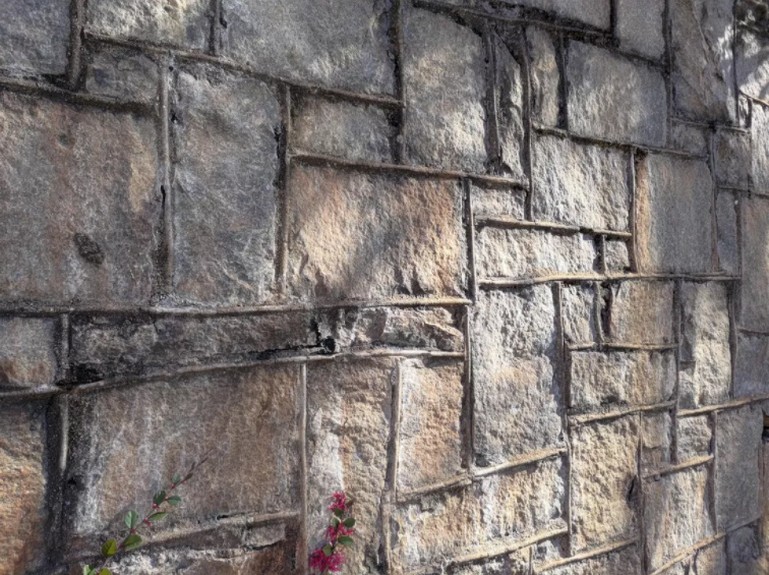 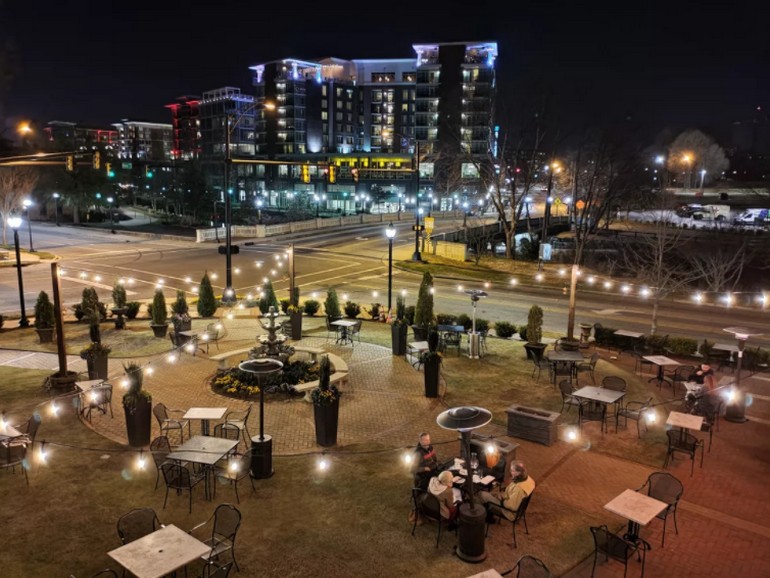 ROG is capable of filming up to 8K at 30 frames per second, but the story is the same as for photos.

Thanks to its state-of-the-art technical configuration and exceptional battery life, the Asus ROG Phone 5 is a very good smartphone for gaming but also a very good phone for watching videos, listening to music or even scrolling on social networks.

Too bad Asus has not harnessed the power of the processor, RAM and GPU for the benefit of image quality. Impossible for the ROG Phone 5 to compete with cameras sold at the same price as the Xiaomi Mi 11 or the Samsung Galaxy S21. We also regret that the phone is not certified IP67 / IP68 in view of its price.